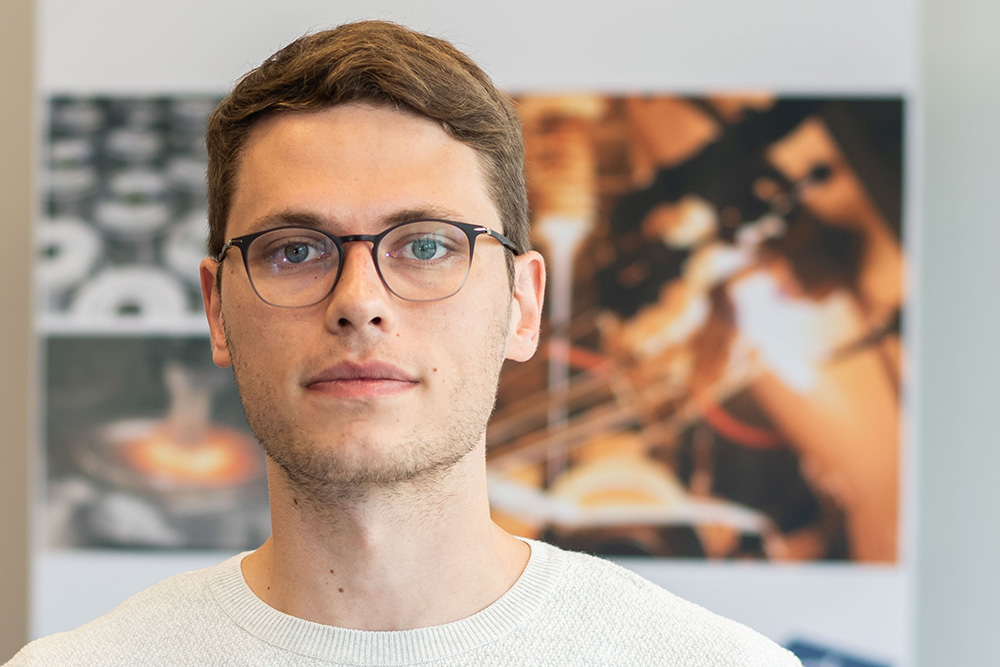 A new series of soda-lime glass naturally doped with Nd and doped with 0.2 wt% of Eu2O3 was densified in a multi-anvil press up to 21 GPa. The densities of the millimetric samples were precisely measured using a floatation method in a heavy liquid made with sodium polytungstate. The obtained densification curve is significantly different from the calibration previously reported, reaching a maximum densification saturation of 3.55 ± 0.14%. This difference could be due to better hydrostatic conditions realized in this new study. The densified samples were characterized using Raman and Brillouin spectroscopy, as well as the emission of both Eu3+ and Nd3+. The evolution of the spectra was evaluated using integration methods to reduce error bars. The relative precision of the calibration curves is discussed. The evolution of Nd3+ transition was found to be the most sensitive calibration. Linear dependence with the density was found for all observables, with exception for Brillouin spectroscopy showing a divergent behavior. The Brillouin shift shows an unreported minimum for a densification ~0.4%.