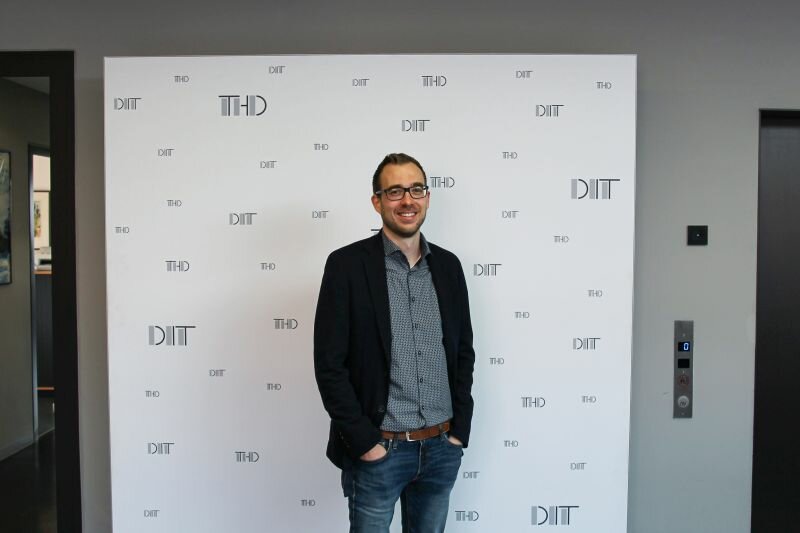 Why Computer Science is important for Genetics: New professorship at DIT

The computer scientists at the Deggendorf Institute of Technology (DIT) are gaining another professor. Dr Phillipp Torkler will take over the professorship for Bioinformatics and Data Analysis at DIT in the summer semester of 2021. As a member of the university’s youngest faculty, he will teach in the “Life Science Informatics” degree programme. Professionally, he has been involved in the development of molecular diagnostic tests for personalised therapies for cancer and other serious diseases.

Phillipp Torkler could be described as a bioinformatician through and through. From his bachelor’s degree to his doctorate, his academic training was focused on this field. He explains that one goal of bioinformatics is to develop methods and software for analysing and managing high-dimensional, biological data so that it can be used at all. Biomarkers, for example, can be used for the early detection of cancer. He himself researched an early detection test for prostate cancer for a young US start-up, with success. A large biotechnology company became aware of the start-up and took it over in the summer of 2018.

The next step for Phillipp Torkler is now the professorship in Deggendorf. Curiosity and the conviction that research and development make life better, is what makes him pursue his passion. He chose DIT because it is a steadily growing university that is gradually developing attractive and modern fields of study and is a major driving force for the entire region. At DIT, he has the exciting challenge of being able to help shape the fairly new degree programme “Life Science Informatics” at an early stage and thus lay the foundation for the specialisations bioinformatics and data analysis in the field of life science and biotechnology as part of the team.

Bild (DIT): His field of expertise stands for the early detection of diseases and personalised medicine. Dr Phillipp Torkler is the new professor for bioinformatics at the Deggendorf Institute of Technology.