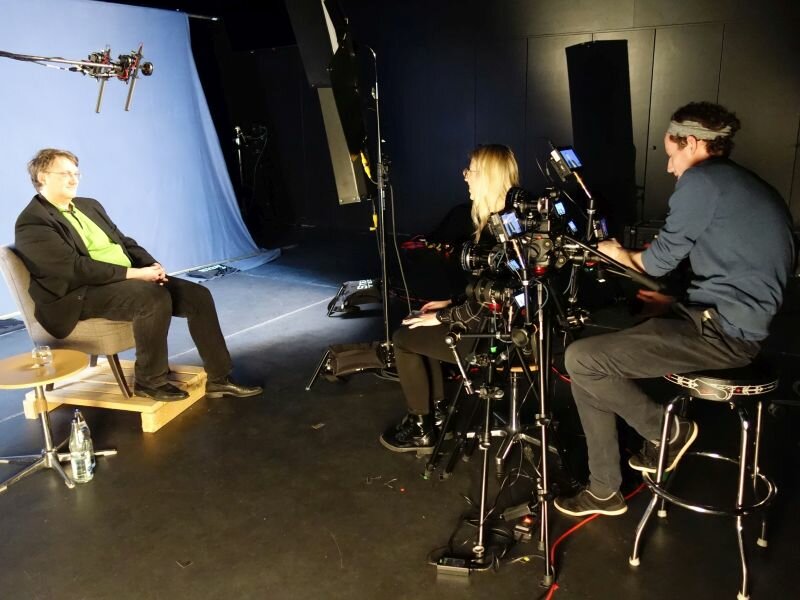 The Deggendorf Institute of Technolgoy (DIT) applied for the International Regensburg Short Film Week with several student works from the Media Technology course programme. Four films were successful and will now be shown online form 21 May to 6 June.

For the young filmmakers at DIT, this event is a big deal and of course they all have the desire to reach as many viewers as possible. In the regional window programme section, the regional film scene shows itself to be diverse and offers something for every taste. DIT productions are the short films “2100”, “Rotlicht” and “Wahlkampf”. The film “Accept”, which has already won international awards, will be screened from 22 May in the Donaublut programme section, which is dedicated to genre contributions from the region. Tickets for online access to the festival are available at https://kurzfilmwoche.filmchief.com/hub.

In the year 2100, war and destruction reign. Nikita lives isolated in a bunker. In a video message she asks why no one has done anything about the foreseeable catastrophe.

One night, a little red light leaves her "workplace" to go in search of love. During her journey she encounters some problems...

Five men are running for the office of Lord Mayor of the city of Deggendorf. The CSU wants to defend not only the office but also the absolute majority in the city council. While the SPD is foregoing its own candidate, the AfD is putting one up for the first time. What dynamics are emerging in a community of 30,000 inhabitants in eastern Bavaria?

After the death of her father, a girl has to hide her true self in order to lead a normal life with her family. When she is pursued by threatening figures, she has to face her fears and accept herself.

Bild (DIT): The DIT presents itself with several films at the International Regensburg Short Film Week. The picture shows recording work for the film "Wahlkampf".