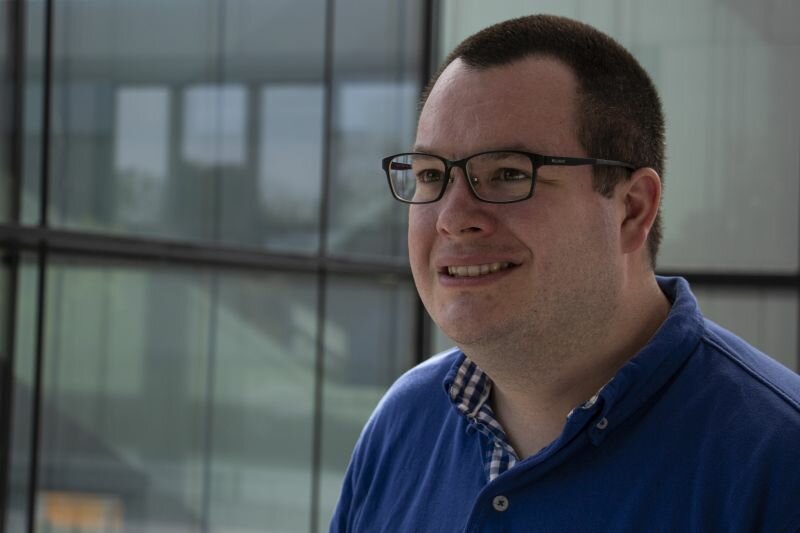 DIT Professor Glauner in a dialogue with citizens: AI is no banking secret

What exactly is Artificial Intelligence, also known as AI? In which way does AI influence our future, in Lower Bavaria, in the Bavarian Forest, or maybe even in Deggendorf. Prof Patrick Glauner from the Deggendorf Institute of Technology (DIT) can tell us more about it.

Scientists found out, primal fears are connected to AI: surveillance, enslavement, loss of uniqueness/exceptionalism, as well as the end of free will. "Exaggerated", that's what Prof Glauner calls it, when you're talking about the end of free will, just because people follow the algorithms through internet or media ads. People will not be replaced by robots in the near future. But somehow, artificial intelligence seems to have escaped from blockbuster movies, like the genie from the bottle. The movies that gave us goosbumpbs: The Matrix, Minority Report or the Fritz Lang classic Metropolis from 1927 - one of the most important pieces in film art history.

"We've been able to use AI for pattern recognition in radiological diagnostics. A great enrichment for our healthcare in oncology," said Glauner, referring to a prime example of beneficial AI developments. In addition to a whole range of other applications already available today, artificial intelligence could certainly one day include all the useful connections between the unmanageable scientific disciplines and make them visible and usable again. The polymath from antiquity no longer exists. What does a virologist even know about AI, what does a computer scientist know about viruses? Certainly not enough. And those who don't know anything must believe everything. The data is here. More than enough, big data in fact. And big data is the food for meaningful AI.

Patrick Glauner has been a professor for artificial intelligence since the age of 30. Previously, he worked at the European Organization for Nuclear Research (CERN) in Geneva and at Krones AG, among others. He has been working on artificial intelligence for ten years, most recently in particular on AI innovation management. In spring 2020 he published a book on this subject in cooperation with the Springer-Verlag: "Innovative Technologies for Market Leadership: Investing in the Future".