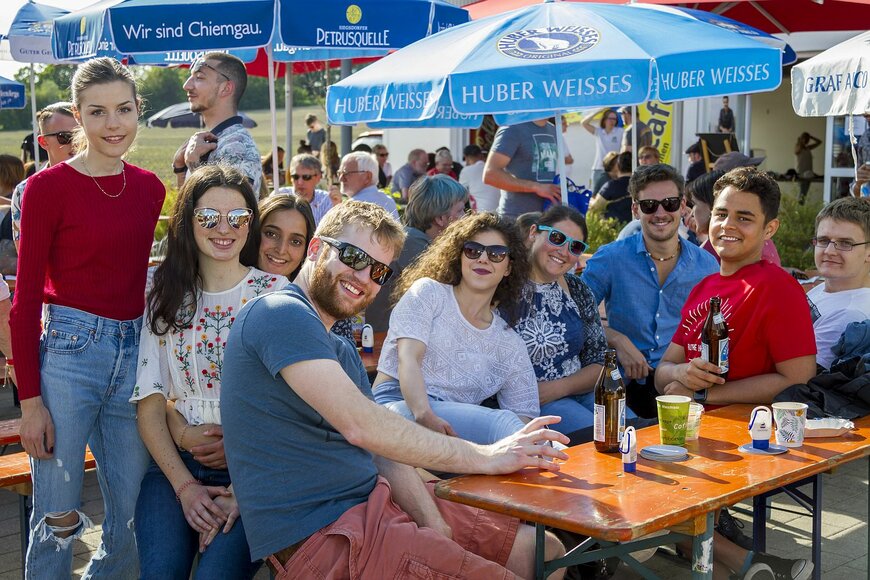 Sommerfest at the European Campus on 9 July

Summer, sun, campus and more: The summer party of the European Campus Rottal-Inn

The time has come: After a two-year break, the European Campus Rottal-Inn (ECRI) is organising a summer party again. On Saturday, 9 July from 2 pm onwards, our official mascot, the panther Deggster, will be dancing on the campus grounds.

Both young and old guests will get their money’s worth at the summer festival. Whether at the children’s university on the topic of “Optical Illusions – Why we see what is not there” or at experiments in the ECRI labs, there are many exciting and new things to discover. If you want to learn more about the campus, you can take a guided tour of all areas of ECRI and ask questions about studying and teaching in Pfarrkirchen. There will also be various hands-on activities such as the magic ball, wonky wire or bagpipes at the Technology for Children stand, the IKAROS Virtual Reality Experience by the Techniker Krankenkasse and a reaction game by AOK. The Spielecafé der Generationen e.V. offers entertainment for all ages with a range of board games. One of the highlights is the human kicker, where, among others, the men’s team of TuS Pfarrkirchen e.V. will compete against the students. But all other football fans are also cordially invited to take part in the human foosball.

The physical well-being is also well catered for. The Mensa will be offering a variety of hot and cold food, with vegan and vegetarian options. Drinks will also be sold by the student organisation RESP e.V. There will be an international cakes sale, where all the proceedings will go to the Rottal-Inn Children’s Cancer Aid. You can buy coffee from the Lazy Cat Mobile. They will also sell some summery aperitifs.

The summer festival has special highlights starting at 7 pm with the ECRI band. After their performance the band Pinja Daunen will heat up the audience in the large tent with a mix of indie/rock/ska.