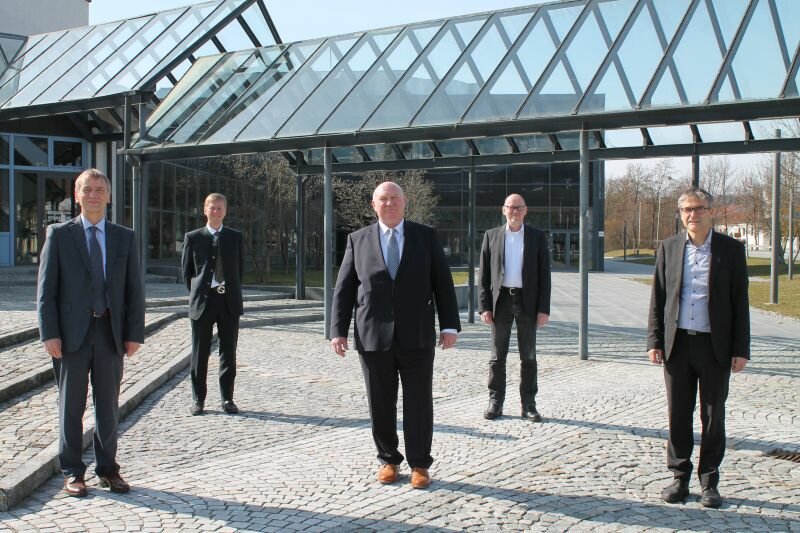 All Vice-Presidents confirmed at DIT

The Deggendorf Institute of Technology (DIT) once again officially has three vice-presidents. Prof Dr-Ing Andreas Grzemba, Prof Dr Horst Kunhardt and Prof Waldemar Berg will represent University President Prof Dr Peter Sperber at official appointments for the next three years and support him in the implementation of university policy objectives and in the development of the university.

In the election on 25 March, Andreas Grzemba and Horst Kunhardt were elected by the University Council for the third time, and Waldemar Berg for the second time for the office of Vice President. In addition to elected members of the Senate, the University Council is made up of ten people from science, culture and, in particular, from business and professional practice who do not belong to the university.

Bild (DIT): The university management of the Deggendorf Institute of Technology is complete again: President Peter Sperber (2nd from right) and the Chairman of the University Council Anton Stauding (2nd from left) congratulated the Vice Presidents Andreas Grzemba (right), Horst Kunhardt (left) and Waldemar Berg (centre) on their re-election.